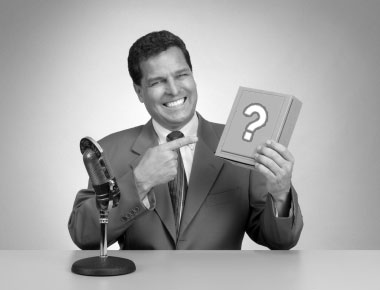 Question: ˈkwes-chən, ˈkwesh- Etymology: Middle English, from Anglo-French, from Latin quaestion-, quaestio, from quaerere to seek, ask Date: 14th century (1): an interrogative expression (2): an interrogative sentence or clause (3): a subject or aspect in dispute or open for discussion

Questions, like all forms of discourse, can be used for good or ill. Questions can spark curiosity, promote accountability, encourage useful inquiry, trigger personal reflection, and improve decision making. However, questions often appear more benign and less beguiling than they really are. As philosopher Kenneth Burke once wrote, “All questions are leading. … Every question selects a field of battle, and in this selection it forms the nature of the answers.”(1)  Questions can shift attention away from the significant to the trivial. They can create an illusion of insight. And they can obscure our view of reality. In short, we should be as thoughtful about the questions we ask, as we are about the answers we evaluate.

As Albert Einstein once observed, “The important thing is not to stop questioning. Curiosity has its own reasoning for existing.” Consider, for example, the question posed by a New Guinea politician, Yali, to Professor Jared Diamond: “Why is it that you white people developed so much cargo and brought it to New Guinea, but we black people had little cargo of our own?”(2)  It sparked Professor Diamond’s curiosity. And 25 years later he answered a variant of this question – “Why did history unfold differently on different continents?” – in his Pulitzer Prize winning book, Guns, Germs, and Steel: The Fates of Human Societies.

Investigative journalists routinely ask questions designed to promote accountability of public officials such as, “What did you know? When did you know it?” Managers do something similar by routinely asking their employees about their progress on major initiatives. Job interviews subtly ratchet up the accountability and candor of applicants by asking “When I talk to your former boss, what will she say about your weaknesses?” instead of “If I talk to your former boss…”

Jesus once asked, “For what doth it profit a man, if he gain the whole world, and suffer the loss of his own soul?” Philosophers, ministers, rabbis and others use variations on this theme to spur us to think about the proper priorities in life and gain perspective on personal disappointments.

As a teenager, Albert Einstein pondered the question: “How would the world appear if I were to travel on a beam of light?” Likewise, an executive might spur on creative discussion with a question like, “If we were to start this company completely over, ideally what would it look like?” Answering such questions helps us clarify our goals and set a path forward.

That’s one of the primary reasons for creating this website. All seven questions are designed to improve decision making. For example, if we critically evaluate evidence, then we might not jump on a bandwagon heading over the cliff. If we detect an emerging pattern in the marketplace, we can adjust our business strategies to take the trend into account.

The wrong questions, however, can hinder decision making and lead us astray. Read on.

Questions can shift attention away from the significant to the trivial.

Theologians at one time debated, “How many angels can dance on a pinhead?” Today, there is a lot of chatter about, “What is Paris Hilton doing today?” While the answers might amuse us, they offer little enlightenment about the important issues of the day.

Questions can create an illusion of insight.

Consider the pollster who asks, “Do you agree or disagree with the President’s policy on Lichtenstein’s land use policy?” Few people can even identify Lichtenstein on a map. Fewer people still have any knowledge of the world’s smallest country’s land use policy. Anyone who interprets the poll results as a referendum on the policy would be sadly mistaken. It is merely an indicator of the reactions to the President.

When a problem occurs leaders can ask, “Who was at fault?” Or they can inquire about “what went wrong?” The first question promotes blaming and a “cover-your-butt” type of culture. The second one can engender more learning and prevention.

Questions can obscure our view of reality.

As Warren Buffet once observed, “You aren’t right because everyone agrees with you but because your facts are right”. All too often, people only ask, “What does everyone else think?” That may or may not be the most important question. Just ask anyone who invested with the “exclusive” Madoff investment firm.

Some people unwittingly ask questions that step on the sensibilities of a particular culture or social group. For example, many Americans will start up conversations with some people they just met by asking about his or her profession. In some countries this is considered to be rude and intrusive.